What I learned at the RBC Canadian Open

My experience at British Amateur 2019 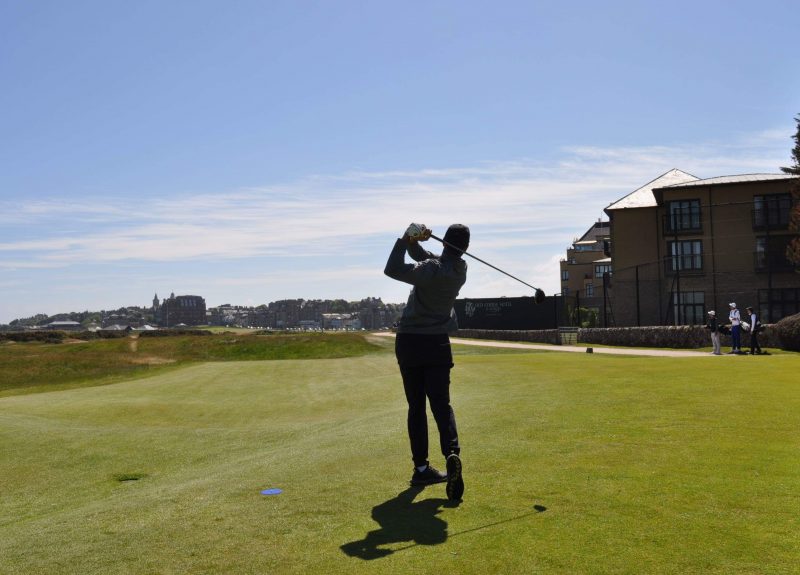 Five years ago, I had a small dream: play the British Amateur at Carnoustie. Five years later, I was playing my fifth British Amateur at the Portmarnock Golf Course in Ireland. It made me understand the chance and the opportunity of participating in the oldest amateur golf tournament in the world. For the 124th edition of the championship, the R & A (Royal and Ancient Golf Club of St. Andrews), Portmarnock and The Island invited us to compete for the famous trophy, but especially for an invitation to the Masters, the US open and the British Open. Nothing ordinary …

I arrived on a rainy morning in Dublin, three days before the start of the tournament. The time difference was felt instantly… Yet to have reached the highest levels of my sport (and the big wallet that comes with success) it meant that I would not have the best night of sleep … I waited patiently for my upgrade to business class, but the moment unfortunately never came. On the bright side, I had the chance to continue improving my sleeping technique at a 90 degree-angle, in a tight space, and with little leg room. Got to keep learning!

I had scheduled a nap upon my arrival to recharge the batteries and practice in the afternoon. My 2-hour nap however turned into five proof of how tired I was, and it was now time to go to the golf course and practice!

After a good night of sleep, the pre-tournament routine started: practice round in the morning, registration with the R & A, another good night of sleep, second practice round and the opening ceremony with the “Hog Roast” tradition. The Irish love their “Hog roast” and you had to rush to reserve an indoor seat in the dining room since the Irish weather interrupted the outdoor festivities. The cold and rainy temperature led the competitors, members and organizers to gather inside to enjoy the welcome speech in English and Galic, the Irish language. It was then time to go to bed since tomorrow would arrive very quickly. 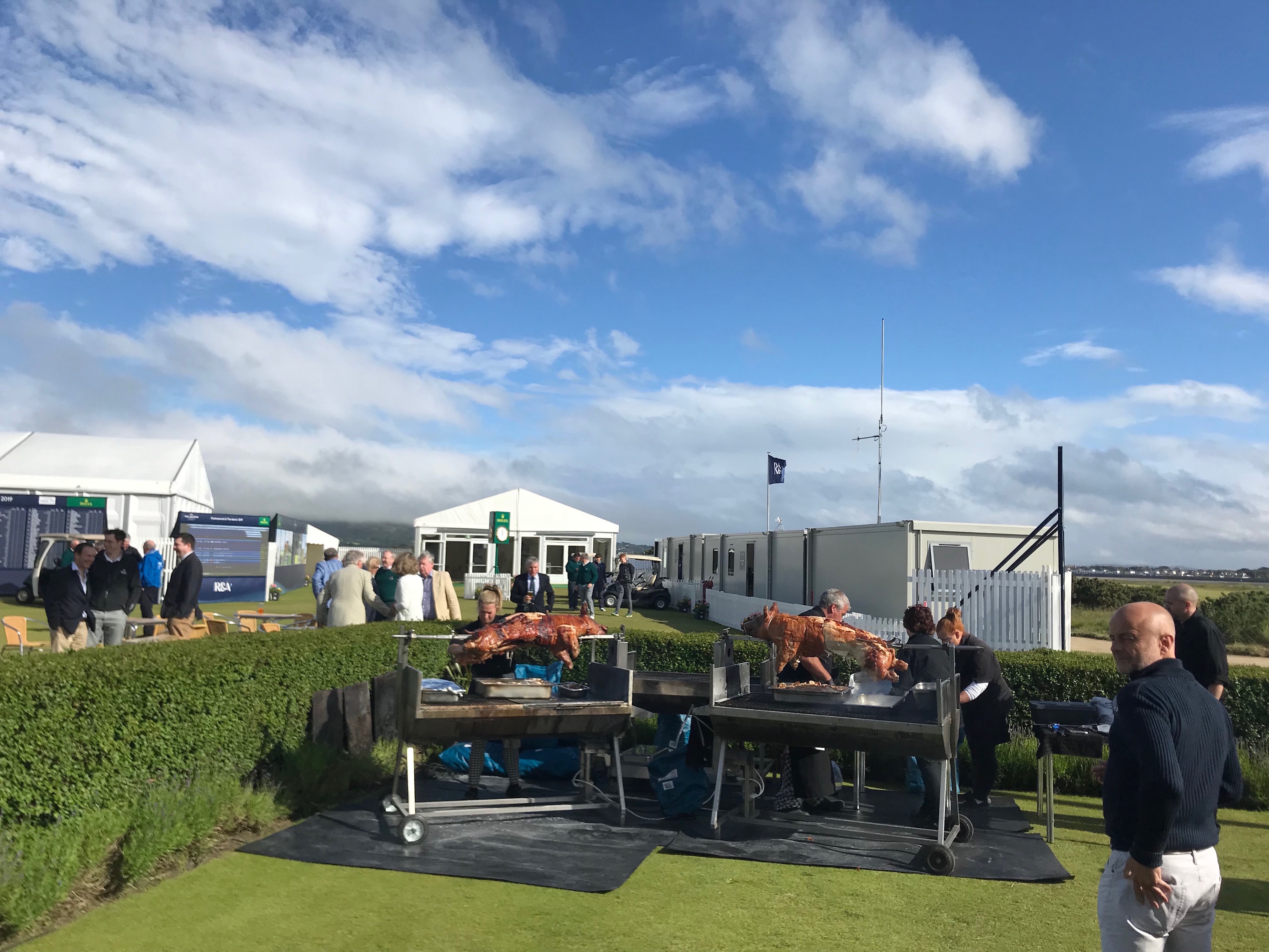 I had the honor of being the first start at 7:00 am and starting the competition at The Island Golf Club. And if you ask yourself the question: yes I was pretty nervous! The wind and cold were felt on this Monday morning nothing to facilitate this Irish venue where mistakes are often costly.

My start was difficult, and so was my finish. A difficult and disappointing day indeed. Every athlete lives such moments. Crossing the Atlantic and starting with an opening 78 (+7) is not easy to process. Despite my positivism of nature, I was feeling rather frustrated and disappointed. What are we doing now: get away from the golf course for the afternoon, take time to think, walk the Irish coast, rest and basically think of something else. A much needed recharge of my batteries.

When an athlete does not succeed as desired, he usually wants to work harder. It is a natural and instinctive response. However, the best thing for me was to overcome this impulse and regain my strength.

1st Hole at The Island

Nothing to lose. I had nothing to lose, so why not have fun and face my fears? These were the two goals for the day.

The first opportunity to face my fear came really quickly: the first hole. Out-off-bound to the right, small sand traps to the left, and a headwind to top the cake. All golfers have some demons, I was now facing one of mine. I decided to take the confident approach and hit my driver already in peace with whatever the result may be.

The result was not the most satisfying and I hit my first shot out of four in one of Portmarnock’s famous and unforgiving bunkers. The par save that followed set the tone for the day: at war on this links type golf course. A birdie on the second hole and another on the fourth staged a good start!

The battle was just beginning since the last two holes of the first nine were a struggle and I lost the momentum of my good start. 37, even for the first nine holes. There was still a lot of work to be done.

Without really understanding the reason for the fifty or so spectators following our group since the beginning of the round, I asked my Northern Irish partner Tom McCibbins if he knew these people. Humbly, he said no. However, I quickly realized that he was from Hollywood in Northern Ireland, and that he was practicing at the same course that Rory McCilroy used to practice back in his early days. Tom came from the same hometown as Rory and his many golfing enthusiasts.

I kept fighting to find myself at -1 for the day. At this point, I believe I needed one or two birdies to make the cut. The 16th hole is a par 5 of 610 yards and we have a back wind. I guess experience made me make the wise decision because I hit a 4 iron off the tee, followed with a 6 iron and a wedge to 5’ to convert a crucial birdie!

Now the fun begins … the last two holes are the hardest on the course. Two par four of 450 and 480 yards with the wind working against us. My work at Portmarnock was far from over.

Concentrated like a surgeon on the operating table, I managed to sink a birdie from 12’ on the 17th hole. I believe in my chances more than ever. As I walk to the 18th tee, I’m excited to play the last hole of the day, but also realistic about the challenge ahead. This is the most difficult hole on the property. The hay is high and dense on the left side of the fairway and three small bunkers are on the right side. Other than that, it is a fairly easy driving hole… It is imperative to hit a perfect shot to give yourself a second shot to the green of about 200 yards. The ball leaves the club face 5 to 10 yards more to the right than expected. Despite the trajectory, I sincerely believed I was still in the fairway, maybe just a little left of those black holes. The walk to my ball is quite long and being in a valley it was impossible to see the final result of my tee shot. It was with serenity that I see my ball resting on the lip of the bunker.

It was automatic, my only goal was to get out of trouble and who knows maybe save par. Now out of my misery, I hit a good 7 iron to 16’ to give myself a chance. Everything was still possible!

At this point, there is nothing to lose. You make it and you make the cut. You miss it and you will need some luck. I took the time to read the breaks from all angles and I thought I found the perfect line. I took a good breath, concentrated on my line and hit the shot.

I miss by just a hair, but the damage is done. Now we have to wait about four hours and hope. My nickname is “Rev” for “Reverend” on the national team, so it was an ironic nickname under the circumstances since I needed to pray for my faith.

The first text I received after the round from my dad was: “you have the gift to make it interesting …” Honestly, I still believed in my chances.

Time flies and the afternoon goes by … I get closer to the Top 64, but in the end I’m short and I finish T78. The conditions were pretty quiet in the afternoon and we missed the cut by one shot.

Even if a good pint of Guinness brings me a little happiness, an athlete is always disappointed not to advance in the tournament. I’m not disappointed with my boguey at the 36th hole, but rather about my first round where I certainly would like to re-do a few shots … However, it is useless to dwell on the past since we cannot change it.

The British amateur remains a test of patience where a conservative strategy regularly beats an aggressive one. The wind protects the course and uncommitted swings can be very expensive. There is always a bit of luck in a tournament like this where the difference between a good tee time and a bad one can be huge. In conclusion, the right mindset and the control of his emotions are keys to success on these difficult courses of Great Britain and Ireland.

I wish everyone to have the chance to play golf over there at least once in their lives, 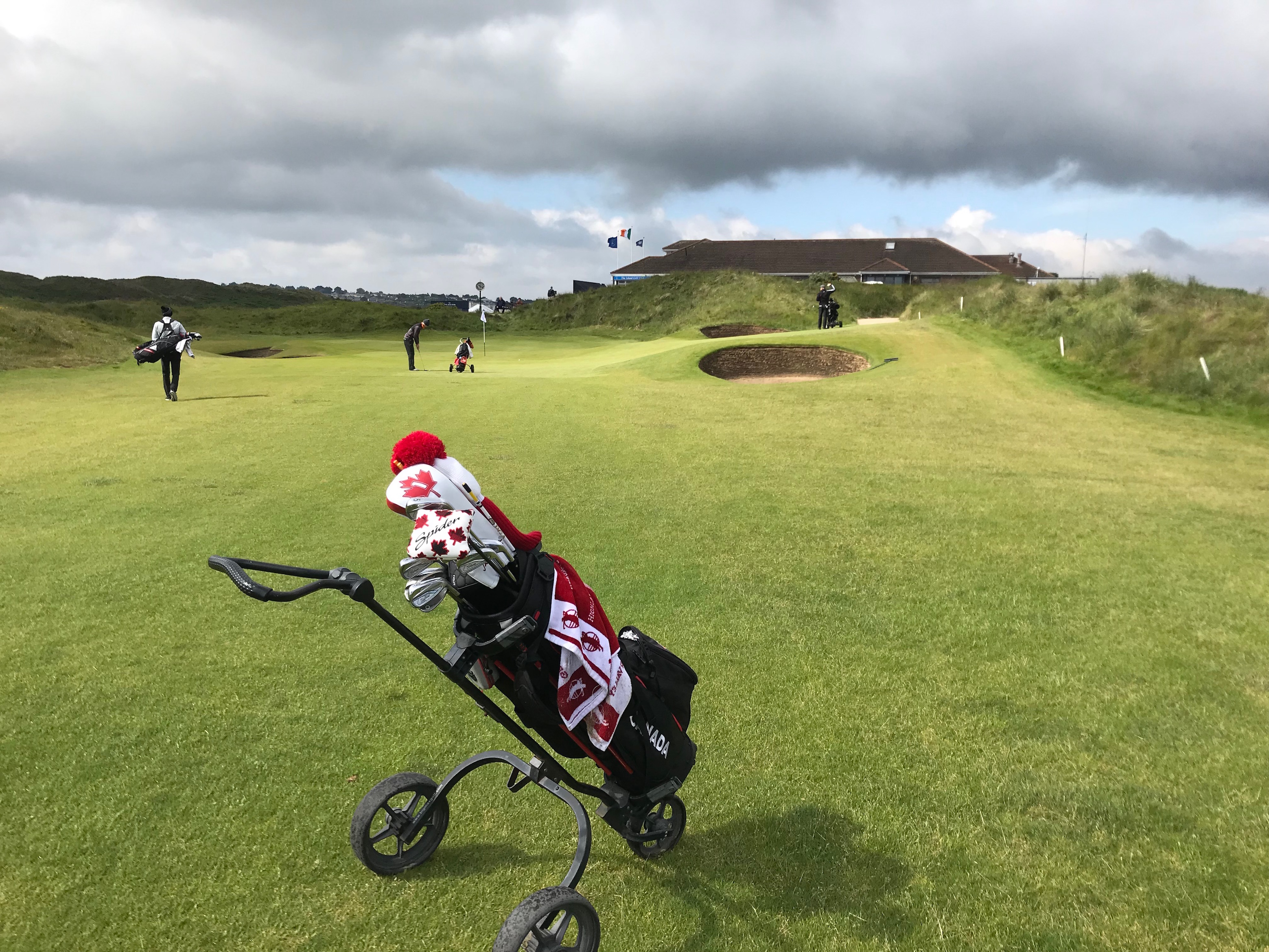 One of the toughest par 3 at The Island. My playing partner in the practice round made a hole in one. 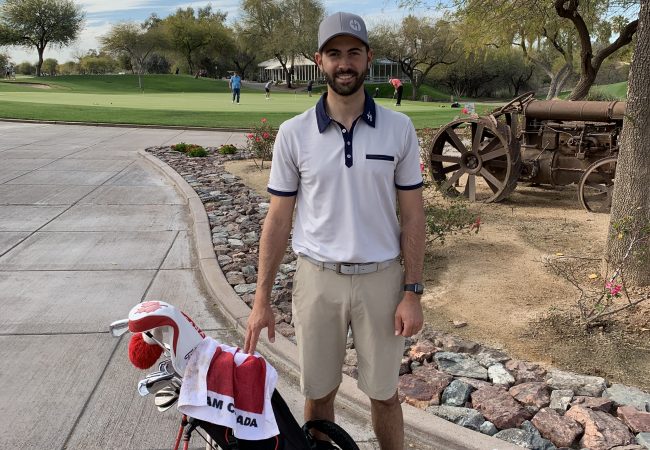 The B plan for Joey 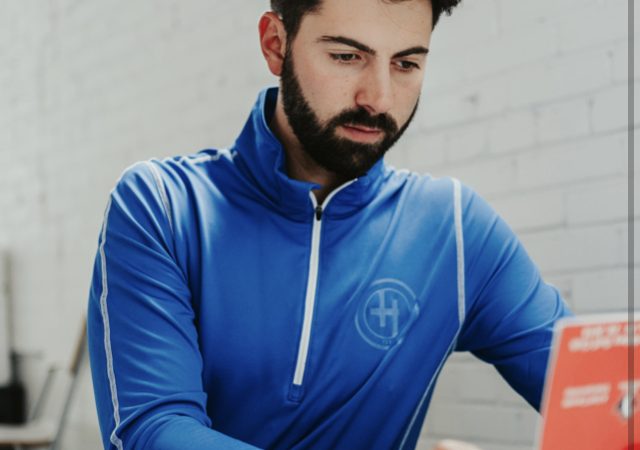 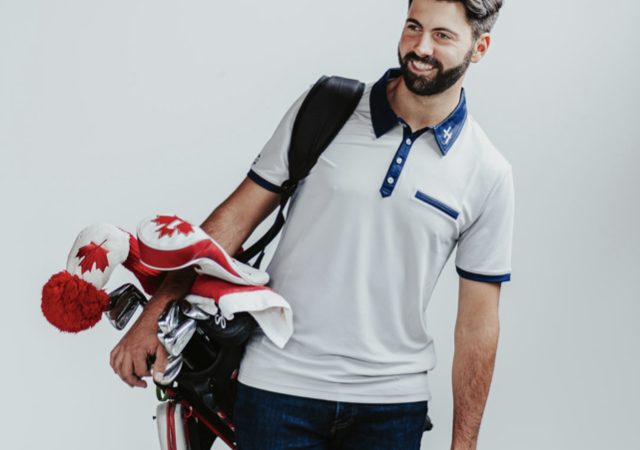 Here we go again, my friend!